There are strident disagreements these days over every aspect of American educational policy, except for one. Everyone thinks it would be great if we could better teach students how to innovate. 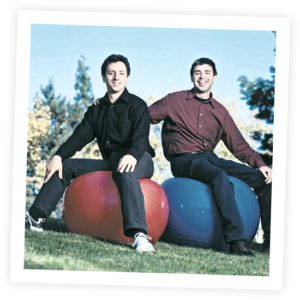 So shouldn’t we be paying a great deal of attention to the educational method that produced, among others, Larry Page, Sergei Brin, Jeff Bezos, Jimmy Wales, Peter Drucker, Julia Child, David Blaine, and Sean “P. Diddy” Combs? They were all students in Montessori schools. According to a Wall Street Journal article by Peter Sims, there’s a “Montessori Mafia” among the creative elite. So maybe there’s something to the method Italian physician Maria Montessori came up with around the turn of the 20th century.

The cornerstones of this method, according to Wales’s brainchild Wikipedia, are:

That list rings true to me. I was a Montessori student in northwestern Indiana from a very early age through third grade, which was as high as the school went at that time. The teachers were an earnest group of the biggest hippies that could be found in small-town Hoosierland in the 1970s, and they gave us a lot of room to explore stuff that we found interesting.

For me this included the beads Maria and her colleagues came up with to teach us about numbers. No matter how young you are, after you see five beads on a wire next to 25 arranged in a square and 125 in a cube, you have a grasp of 5^2 and 5^3 that doesn’t leave you. And after you hold the five-cube in one hand and the ten-cube in another, the power of taking something to the third power becomes very real. One is eight times as heavy as the other!

The parents of Larry, Sergei, Jimmy, Jeff, and all the others gave their kids good genes and nurtured them in many other ways beyond sending them to Montessori (I know that’s true in my case). But research indicates that Montessori methods work even for disadvantaged kids who are randomly selected to attend (although this might not be the best idea for dental school). And as far as I can tell from my quick glance at the studies, Montessori kids don’t do worse than their more classically educated peers on standardized tests. So why do we spend so much time on rote learning and teaching to the test?

When I got too old for my Montessori school and went to public school in fourth grade, I felt like I’d been sent to the Gulag. I have to sit in this desk? All day? We’re going to divide the day into hour-long chunks and do only one thing during each chunk? Am I on Candid Camera? Am I Job?

I’m really glad to learn that Montessori methods are entering public schools. And I look forward to more research on the benefits and drawbacks of this educational approach. Until it convinces me otherwise, I’m going to continue to believe in Montessori and recommend it to parents.

The main thing I learned there is that the world is a really interesting place, and one that should be explored. Can there be any better foundation for an innovator in training?

Lakewood Montessori School is a great place to work!Learn More